With its victory in Hulu Selangor, MIC has increased its representation in Parliament by three - P Kamalanathan is to join Dr S Subramaniam (Segamat), M Saravanan (Tapah) and SK Devamany (Cameron Highlands).

BN has won back some of voters who had refused to vote for the previous MIC candidate, G Palanivel. In the 2008 general elections, BN has bagged a collective majority of almost 6,000 votes in the three state seats under Hulu Selangor but yet lost the parliamentary seat by 198 votes. 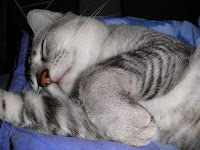